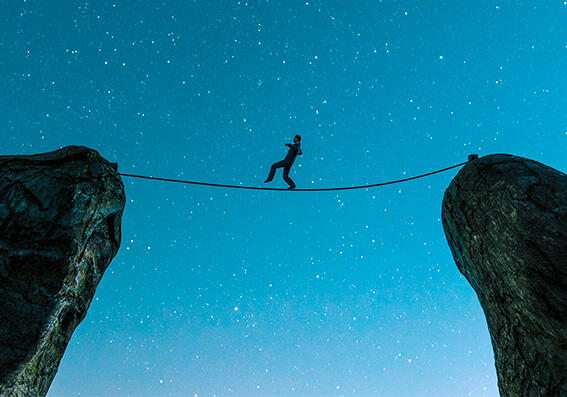 As we adjust to our new way of working, where should SMEs direct their focus and finances?

The impact of the pandemic has turned the global economy on its head - so where are the optimum places for small-to-medium enterprises to direct their attention and invest capital?

Now is the time for innovation and financial flexibility - to question traditional methods, identify opportunity and embrace change.

Here are some of the global conglomerates as well as small-to-medium enterprises we can look to for a roadmap. Companies who have enjoyed surprising and miraculous growth during this largely unprecedented climate…

As reported here by the Bangkok Post1, the Chinese cosmetics and traditional medicine company suffered a 90% downturn in sales post outbreak. Lin Qingxuan responded swiftly by embracing the culture of the influencer – with one-time in-store beauty advisors using live streaming, selfies and blogs to reach out to an online audience. This resulted in a massive increase in sales. “The sales from one advisor in two hours was reported to be tantamount to the volume sold at four retail stores during normal periods,” according to the report.

Louis Vuitton
The study goes on to cite the agility of this luxury fashion giant as an example. After many shop closures and a 10-20 percent loss is revenue, the company wisely “leveraged some of its perfume production facility to manufacture hand sanitiser”. They also embarked on manufacturing ten million face masks per week.

A small Australian hydroponics firm, Aqua Gardening managed to triple their revenue in a single month amid the crisis, as stated here by My Business2. “We created products and packs to help our customers grow their own vegetables at home, retrained our retail team to be over-the-phone sales consultants, and focused on our online strategy which, until then, had only ever been an afterthought,” reveals the owner, Shiran Faast.

With concerns and shortages regarding meat production, and the consistent move towards healthier, plant-based eating, Beyond Meat is in a prime position to push their product. In doing so, their tactics surprised even the CEO Ethan Brown according to CNN Business Edition3.  Described currently as “unstoppable”, in the United States their retail sales grew 157% compared with the same period last year.  In the first three months of the year, sales reached $97.1 million, up 141% from $40.2 million in the same period last year. Brown attributes “introducing new innovative products into the marketplace, and bolstering our infrastructure and internal capabilities,” to their success according to this interview with Forbes4.

Digitisation can provide the opportunity to expand your market into areas that may not previously been provided for. This online learning platform links language instructors in English-speaking countries with Chinese children who want to learn English. With teaching switching from in-person to online, the company has significantly expanded with teachers in the United States, Canada, and the UK. Niche companies in other spheres may discover similar potential.

When panic ensues, our natural response can be to cling
to the familiar. Financially speaking, this advice isn’t always sound to maintain and grow your business. Diversification could be key for your businesses success.

Success lies within the person, not the job

Our team have displayed huge resilience and support during an incredibly challenging year. Beverley McGlone, HR Manager takes an opportunity to thank all staff. 2020 has certainly thrown a few hurd...

Once more into the breach

“30% of consumers surveyed said they would never again use a small business that suffered a data breach” Continuing the trend of 2020 being a challenging year, prominent figures including Barack Ob...